Logic – Maryland Rapper Goes All In 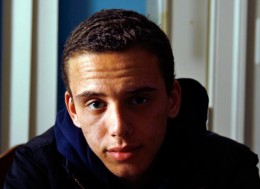 Maryland emcee Logic built his fan base through numerous mix tapes and touring. Now signed to a major label Logic is prepared to tell the world his story. The emcee Logic was born and raised in Gaithersburg, Maryland, not exactly the epicenter of hip hop. At the age of 16 his mentor Solomon Taylor brought him a bunch of beat CD’s to write rhymes to. Originally going by the moniker Psychological he released the mixtape Psychological: The Mixtape. Later he shortened his name to Logic, the science of reasoning, to coincide with his growth as a emcee.

Logic is no doubt influenced by hip hop from The Golden Era of Hip Hop (90’s). On his mixtape he chooses to always include a beat from this era to flow over. He always does the track justice with his attention to lyrics while riding these classic tracks. Listening to Logic will definitely invoke memories of hip hop’ Golden Era. Instead of employing escapism in his music, Logic writes his lyrics based on his personal experience, some of which are not all sunshine and smiley faces. He tells of his experience being bi-racial. His mother calling him a nigger and Black people calling him a cracker. He discusses being a high school drop out but tells kids not to follow in his footsteps and to finish high school. He tells tales of love and lost loves. He talks about always following your dreams. Of course he speaks of his love for doing his music and that is all he seems to want to do.

One word seems to come to mind when describing Logic: AUTHENTIC. Logic doesn’t sell his listeners stories of all the cars he owns, all the money he has, or all the women he sleeps with.  He keeps it simple and talks about what he has lived.  If that isn’t the essence of being a emcee than what is?